This flight ticket cost about 2,200 RMB, which I bought on the CZ’s official website with the CSP card. At the end of this post ,we will generally introduce how to redeem free flight tickets of CZ’s A380 through Delta miles to you. At the Beijing airport, you should wait at the T2 airport terminal if you take CZ’s flights, whose airport lounge is opposite to the departure gate. 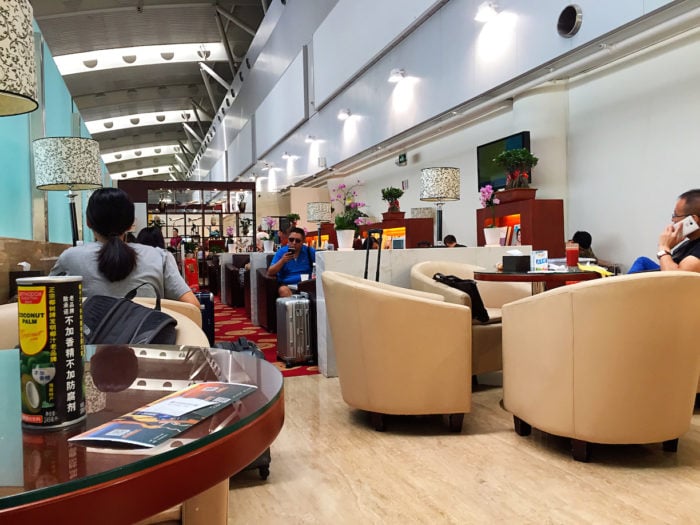 CZ’s snack food area includes no hot meals, which is similar to that of AA.

The day before my flight departure, I received one piece of fraudulent SMS that my flight was canceled due to mechanical faults. I nearly believed it! I have to say that China’s Aviation Information System has some bugs and you should not easily believe such kind of SMS. However, when I arrived at the departure gate the next day, A380 really got faults…… Of course I didn’t cancel the flight. I just went to the Level 2 ! Actually I decided to take a flight in the Level 2 of UA’s 747 before it retired. However, UA changed the flight ticket of 747 flying between ORD and PEK to 777-200ER with eight seats in a row in the business class, after I issued my ticket! I felt so angry that I bought the flight ticket in the business class of CZ’s A380, on which I could experience its Level 2. CZ’s business class adopts the 1-2-1 layout and you can also search various seat maps of all the other airlines on the SeatGuru Official Website.

I have to say that A380 indeed has large space! Compared to UA’s business class that I took before, A380 is more spacious and larger. 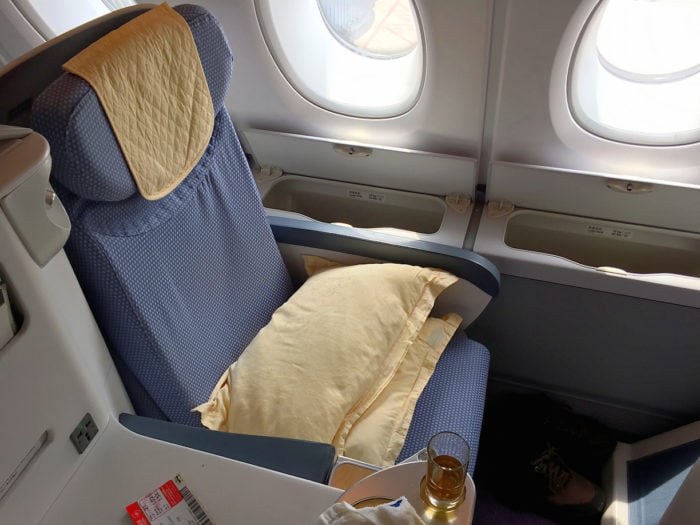 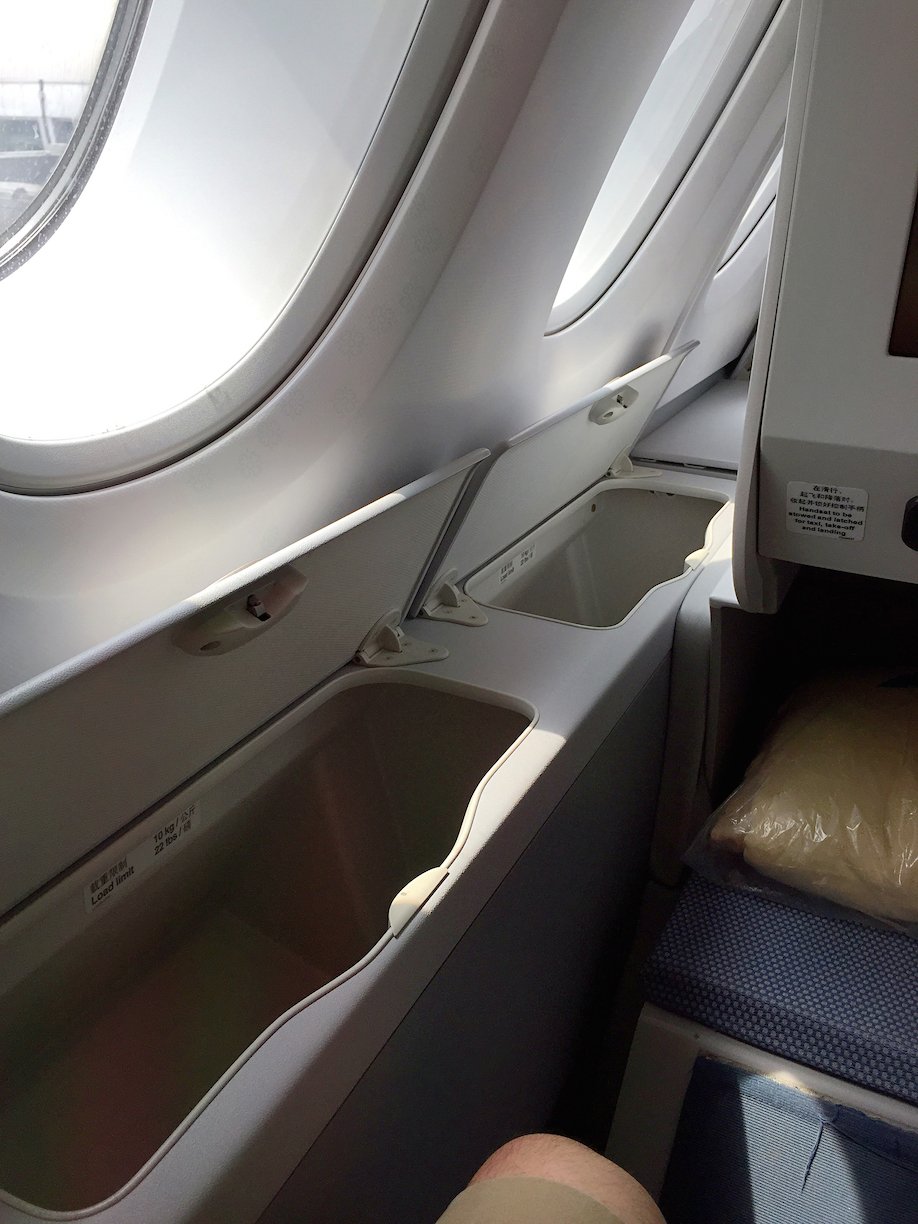 Then I stood up and took a picture of seats behind me, which are close to the passage. I’m not certain whether there are extra storage room below the windows. I should have found that! I forgot it! 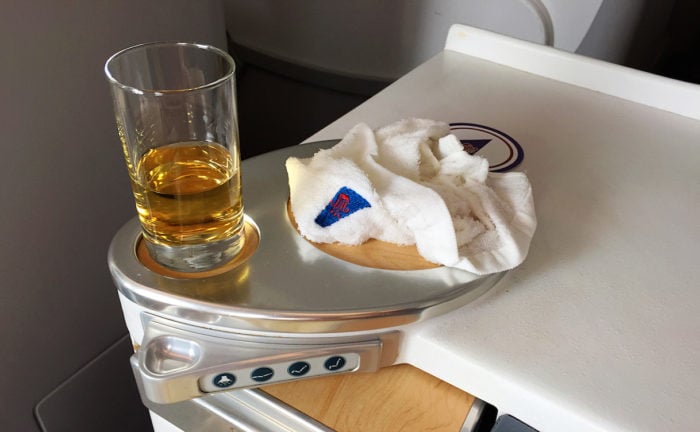 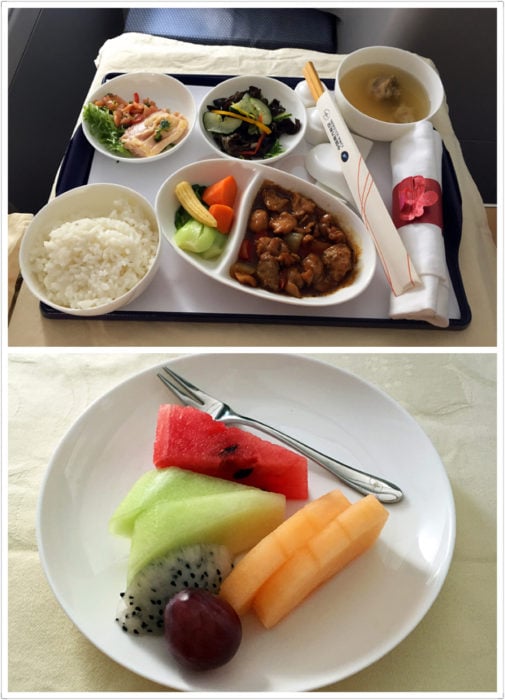 The meal quality in the plane was the same as expected, which was certainly better than that in the economy class and that of UA. The meal in this plane tasted OK, but it’s too little and its chicken soup tasted insipid. I really want to ask CA whether you cooked that soup with American chickens…… 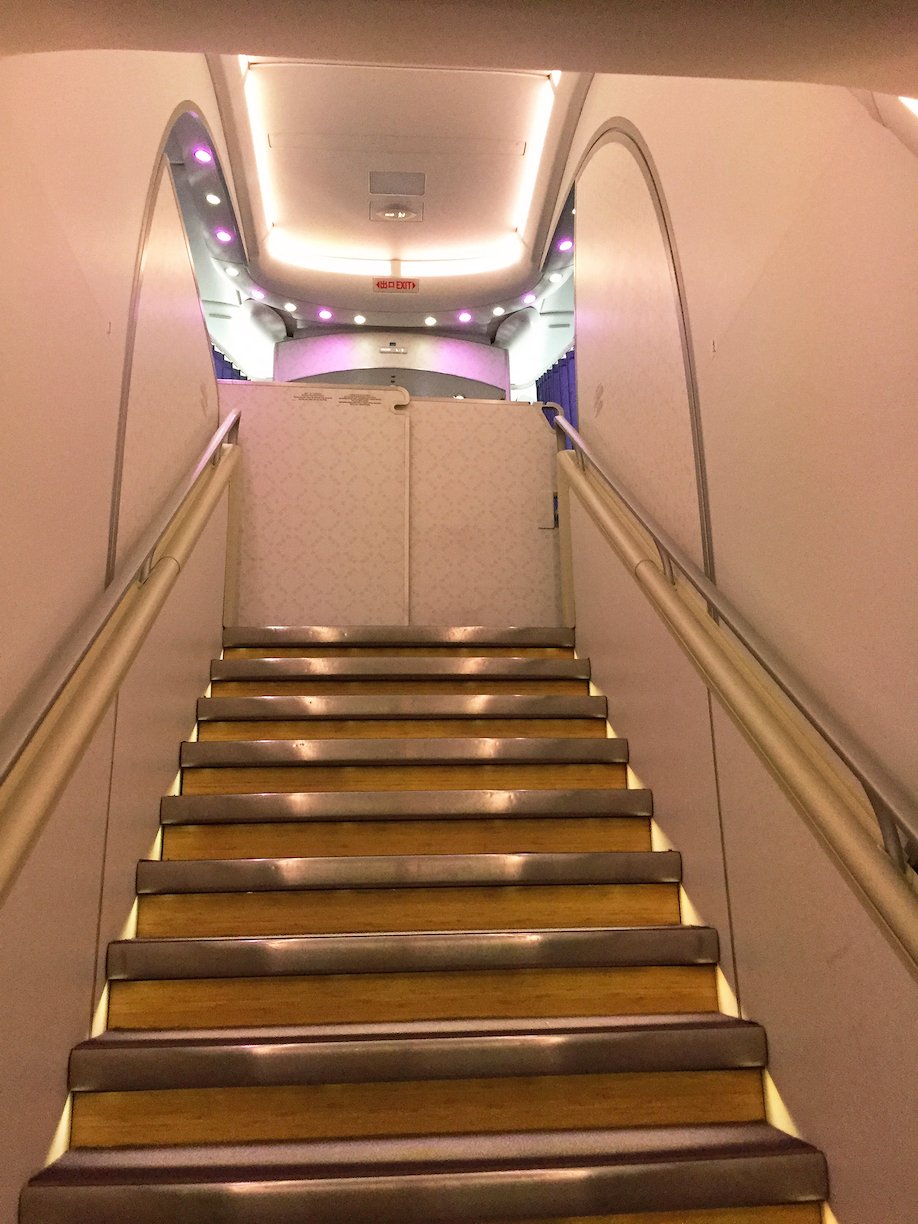 After having this meal, I walked to the Level 1, in the front of which was the first class with eight suites which could be fully closed and good hardware. But according to one American blogger, the champagne used in the CZ’s first class refers to the kind which can be bought with 5 U.S. dollars. Oh my god…… As the trip was short, I didn’t fall asleep. All the seats on this plane indeed could be  put in a horizontal angle with spacious room, which were larger than those of UA’s business and first classes. I think you should have a good sleep on the seat of A380.

As to the blackout date, we will roughly introduce the redemption of CZ’s domestic flights through Delta miles to you. Actually the process is very easy. You should directly search the redemption information through Miles option on the website of Delta and please look at the following picture: 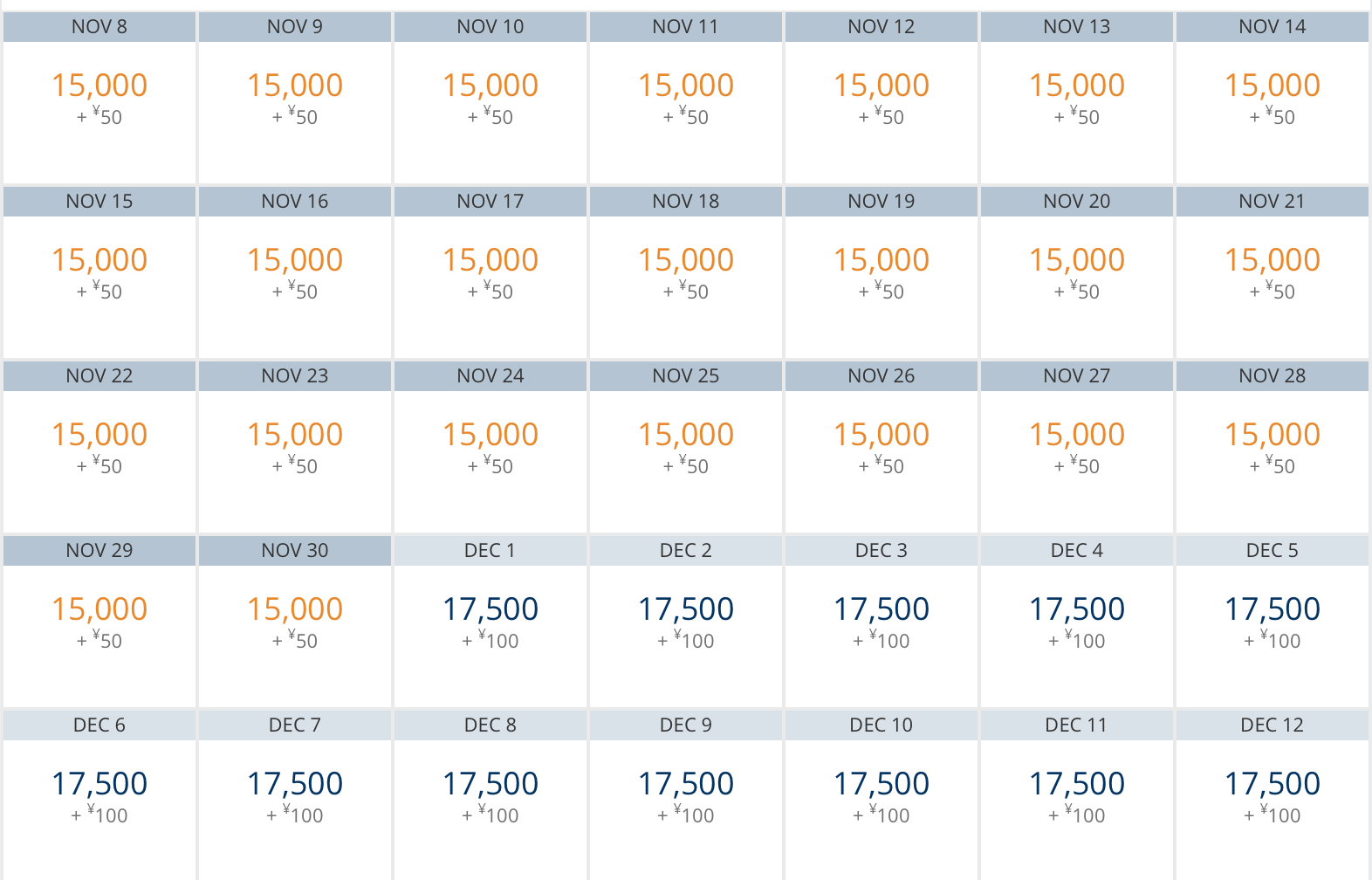 Calculated according to 3,200 RMB, Delta 1 mile equals about 2.88 cents, which is a suitable redemption rate. You can refer to our A Beginner’s Guide to Delta Airlines (DL) SkyMiles if you want more detailed introduction to Delta miles.