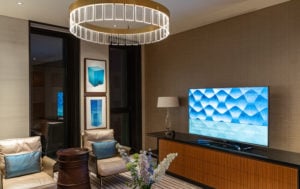 Follow our Instagram account (instagram.com/uscreditcardguide) for more trip reports! Doha is among the latest cities in the world to host a Park Hyatt in town. Considered as the flagship brand in Hyatt portfolio, Park Hyatt symbols a subdued sense of luxury and offers a cozy residential feeling. Opened in Dec 2019, Park Hyatt Doha provides a much-needed addition to Hyatt’s…
Read more 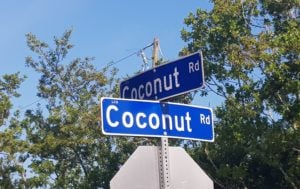 Introduction The Hyatt Residence Club (HRC) Coconut Plantation is located in Bonita Springs on Florida’s Gulf Coast. It is one of sixteen timeshare properties in the HRC portfolio, including one of five in Florida. Earlier this year I was solicited by HRC for a three-night stay at the Coconut Plantation wherein we would pay $262 including taxes and receive three…
Read more 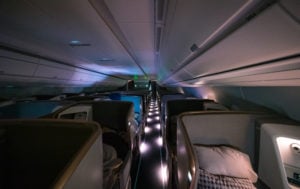 Back in May Singapore Airlines announced that it would resume world’s longest commercial flight between Singapore and Newark, NJ. The flight distance is 9,534 miles and it takes a jaw-dropping 17 hours and 50 minutes to complete the journey. This route used to be operated by an all-business-class Airbus A340, whose fuel economy was so bad that Singapore Airlines eventually cancelled the…
Read more

“Suite” Dreams Are Made of This: St. Regis Suites, The St. Regis Changsha We now have an Instagram account: instagram.com/uscreditcardguide , follow us if you like our trip reports! Changsha is an “under-the-radar” city in central China. You may have never heard of it, but it is actually the powerhouse of China’s domestic TV entertainment industry. In recent years Changsha, like other cities in China, saw a rapid expansion of the tourism industry. China…
Read more 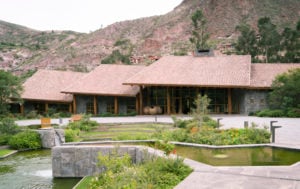 Upon finishing up our stay on Easter Island, we flew to Lima via Santiago de Chile. The next morning we flew to Cusco on LATAM (previously known as LAN Peru) for our upcoming trip to Machu Picchu and the Sacred Valley. Since LIM-CUZ is wholly in Peru, I used only 4,500 Avios(per person) for a one-way redemption. Since the one-way…
Read more 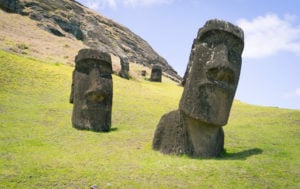 Easter Island is located in the deep South Pacific and situated on the eastern corner of the so-called “Polynesian Triangle”. It is considered one of the most inaccessible places on Earth. The official discovery of the islands dates back to the Easter Sunday on April 5th, 1722, when a fleet led by Dutch explorer Jacob Roggeveen made a landing on…
Read more Cathay Pacific has a daily Fifth-Freedom Flight between Vancouver, Canada (YVR) and New York (JFK). Operated by a Boeing 777-300ER in four-cabin configuration, this flight brings a true first class product to the North America transcon market. The only other airline consistently offering first class on this market is American Airlines, with its unique 321T transcon aircraft. The AA 321T…
Read more 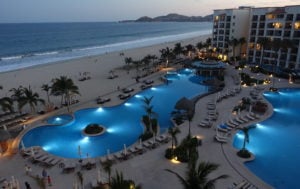 Introduction The Hyatt Ziva Los Cabos is one of six all-inclusive Hyatt resorts throughout Mexico and Jamaica. These properties provide tremendous value for the miles and points enthusiast, as all the food and drink you can consume during the duration of your stay is included in the room cost. The Hyatt property is located just south of San Jose Del…
Read more

Which Cathay Pacific First Class Lounge at HKG should you visit: The Pier or The Wing?

Forewords Hong Kong-based Cathay Pacific Airways (rightfully) prides herself on an industry-leading first class product both in the air and on the ground. There are many well-written Cathay’s First Class reports out there on the web, so in this post I will focus on one important aspect of ground experiences: airport lounges. The last thing HKG—Cathay’s home airport—is devoid of is lounges….
Read more 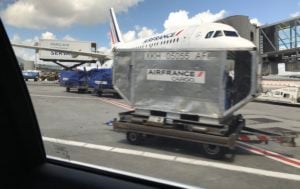 Hey all, I recently had the chance to fly on Air France’s New La Premiere First Class cabin on the Boeing 777-300. My journey was Dublin (DUB) -> Paris (CDG) -> IAD (Washington DC), with the transatlantic flight being in first class. People have described this as the best first class experience in the world, and at the end of…
Read more My annual income is only less than $30k, how was I able to fly in a private jet?! This is all thanks to a deal: as long as you can prove you have a million miles or elite status with a major airline, JetSmarter will give you 3 month membership for free! A million miles is really not a difficult requirement…
Read more 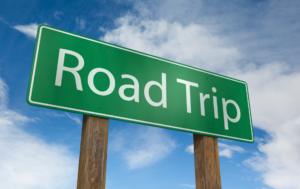 Introduction My fiancé recently accepted a new position with a company in Tampa, FL, which means we will be relocating from Seattle at a time when hotel and gasoline prices increase for the summer tourist season. Since I’m a practical man with an affinity for saving money, this trip provides a great opportunity to burn some points while saving money on travel we…
Read more

The Lounge at BOS Review 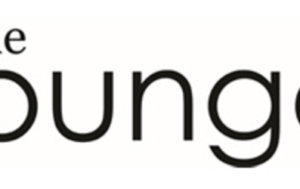 The Lounge at Boston Logan International Airport (BOS) is one of three airside Priority Pass accessible lounges at BOS. I was recently flying Jet Blue out of the C terminal and stopped in for a light breakfast and pre-departure beverage. Access is provided for all C Terminal departures EXCLUDING Gate C40 and C42, and from Terminal E via the walkway near Gate E1. While The Lounge is…
Read more

Recently awarded 5-Star by SKYTRAX, EVA Air has a very prestigious reputation among frequent fliers. During a recent trip to China I finally got the opportunity to get some first-hand experience on EVA Air’s business class (Royal Laurel class), which turned out to be above and beyond. Compared with other airlines flying across the Pacific, EVA Air in my opinion has the…
Read more