In early December American Airlines extended its “Web Special” pricing from Economy to Business and First Class. We have seen reports of some marginally discounted domestic first class award, but wonder if similar discounts will ever apply to international premium cabins—the crown jewel of mileage redemption—until now.

This morning we spotted that AA has released a substantial amount of saver award from its Dallas-Fort Worth hub to its Asian destinations with a catch: you have to connect through DFW. This is, understandably, “Married Segment”, at its finest. That said, we also noticed some very attractive redemption opportunities in international First Class. Let’s take the calendar map of first class award between Houston and Hong Kong in July for example: As you could see the First Class is priced at only 61,000 miles! By contrast, a regular first class saver award between North America and Asia would cost 110,000 AA miles. 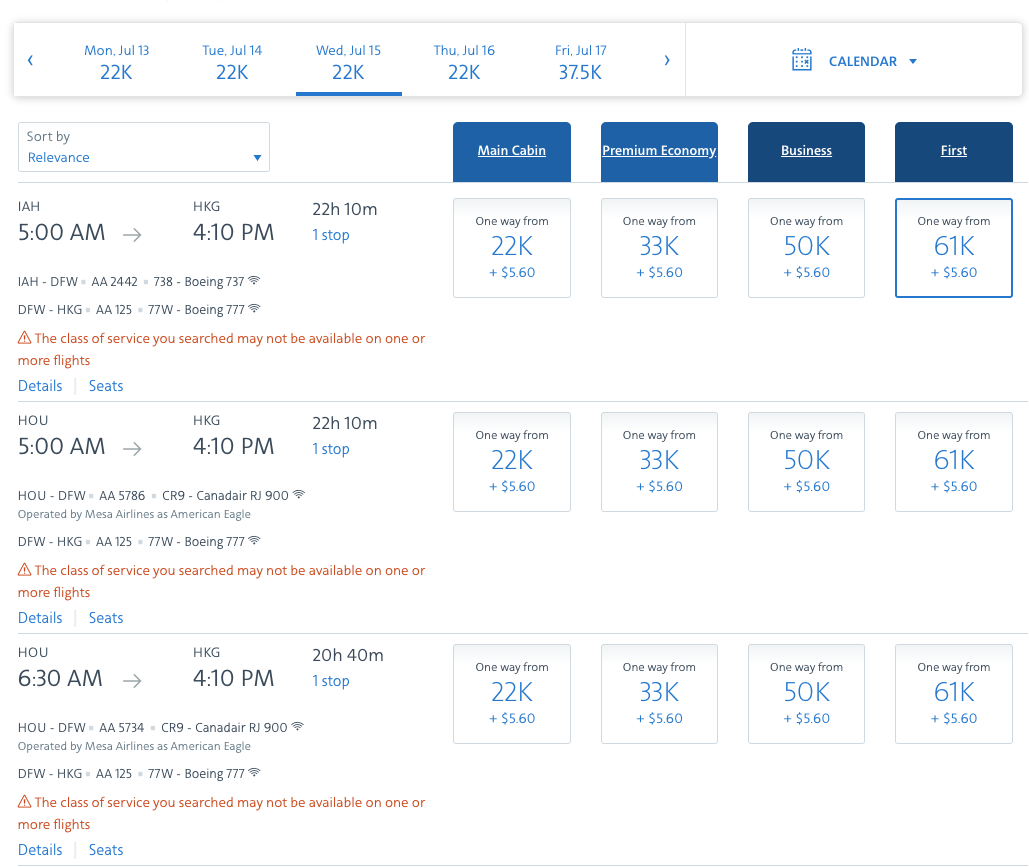 The only catch is that this is Web Special, so you are not entitled to voluntary ticket change. You could still cancel the ticket and get the miles back, however. 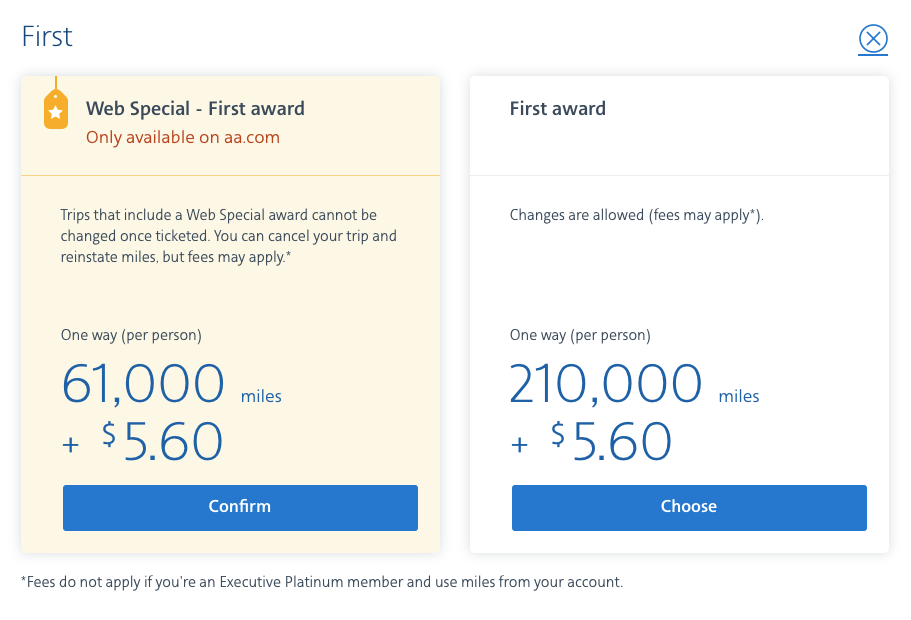 Similarly Business Class Web Special only costs 50,000 miles, which is still a great deal considering AA’s solid hard product on all of its long-haul Boeing aircrafts (787s and 777s). Now the question is which departure city has such Web Special pricing available. It turns out the geographic availability is really good. You have plenty of availability in First and Business in July. Below are examples from L.A. and New York. Lucky from One Mile at a Time recently called American’s International First Class Service “embarrassing“, which I can certainly echo in some aspects. Yet, with only 61k miles plus nominal fees and taxes, I will happily board on an AA plane in First Class and call it a day!