ANA』s Frequent Flyer Program (FFP) is related to ANA mileage. TPG valuation of ANA』s mileage just amounts to 1.5c, maybe it』s due to it doesn』t like YQ or a round-trip flight between China and America. Personally speaking, TPG valuation should be about 1.8c, a little higher than 1.5c. For people who can easily obtain the silver card and the gold card of Star Alliance, such as UA, OZ and A3, the high-level Membership of ANA, including Bronze, Platinum and Diamond levels, are very hard to obtain, which is skipped in this post.

Let us talk about how to accumulate ANA miles through taking flights in Star Alliance in great detail. The chart below shows the accumulation of ANA mileages through ANA flights. If you take the P booking class in ANA』s business class with a discount fare, you can only get 70 percent accrual rate for ANA mileage, which rarely happens among all the other airlines. You can only accumulate 70 percent of flying distance through ANA flight tickets of the business class with the cost of several thousand dollars, which may demonstrate how narrow Japanese are. For example, UA and AC will accumulate 70 percent to 100 percent of flying distance for other classes, while ANA will accumulate only 50 percent, or even lower. 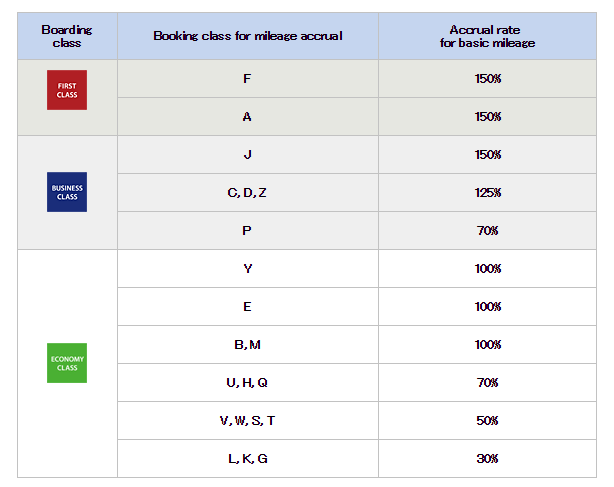 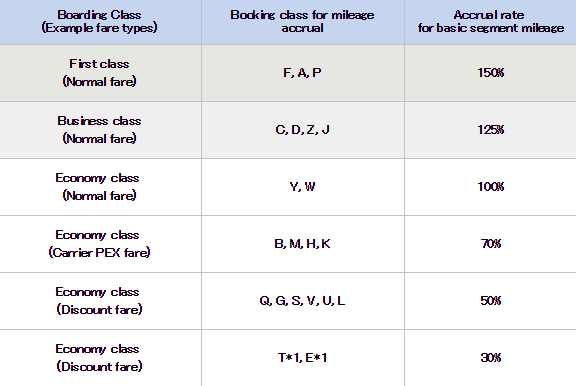 Apart from Star Alliance, ANA mileage can be accumulated through Air Macau, Etihad Airways, Hawaiian Airlines, Virgin Atlantic, Garuda Indonesia, and Brazilian TAM, in spite of unsuitable accrual rate certainly. We can easily draw a conclusion from comparisons above that Don』t put your precious flying mileages into ANA.

Now let us talk about mileage redemption. In April, 2015, ANA』s redemption is achieved by prevalent regional rule rather than by original flying distance. It should be noticed that ANA can redeem only round-trip flight tickets with one stay and one opening jaw, rather than one-way tickets. Compared to its mileage accumulation, ANA mileage redemption is a much more suitable choice among Star Alliance. Please look at ANA redemption chart first, including ANA redemption charts of Star Alliance flights and of its own flights.

ANA has another set of charts used for its redemption of Star Alliance flights. Recently, ANA has made adaptions to flights whose date of issue tickets lies on/after October, 15, 2015. Flight tickets in many places become even cheaper than the previous redemption, while flight tickets in several places become more expensive. Since the original chart has been out of date, let』s look at the new chart together.

Apart from Sino-American and Sino- European flight courses, there are several new advantages in ANA. For example, round-trip tickets inside Asia l , including Chinese Mainland, Hong Kong, Taiwan, Guam, and the Philippines,require 20/40/60. Namely, a round-trip flight ticket in the economy class of UA from Shanghai to Guam requires only 20. As AC inside Asia experiences depreciation recently, ANA provides us a perfect choice! Flight tickets departing from China (Asia 1) to all the places of Asia 2 require 31/56/93, which is the depreciation degree after October 15, 2015 dropping from the previous 25/48/75. As the depreciation degree in its economy and business class is not obvious, ANA seems not to simulate the crazy depreciation of AC. Asia 2 involves a large scale of spheres, from Indonesia to Thailand and from Singapore to Maldives. AC』s depreciation after December 15, 2015 highlights ANA』s advantages inside Asia. It should be noticed that Asia 1 and Asia 2 of ANA are larger than those of AC. For example, AC considers Maldives as a single area, and a round-trip flight ticket in the economy class of AC departing from China (Asia l) requires 50, which rises to 55 after December 15, 2015, while a round-trip flight ticket of ANA departing from China requires only 31. 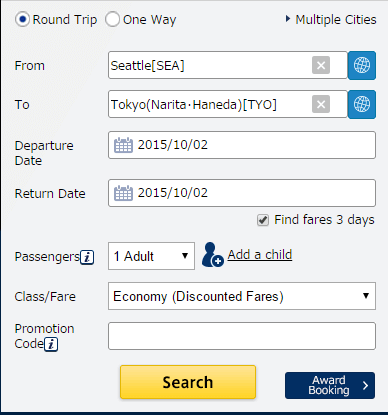 ANA has made this chart now based on regions instead of distances, which also brings about many IT bugs. Several days ago, it seemed that you could search round-trip tickets of only ANA flights on ANA』s website. And if you wanted to search round-trip tickets of Star Airline partner flights, you had to search through multiple cities. But now this bug possibly has been fixed. The interface of searching round-trip tickets is as following, which shows available flights in seven successive days. But if you search tickets through multiple cities, you can only know flights only on that date. 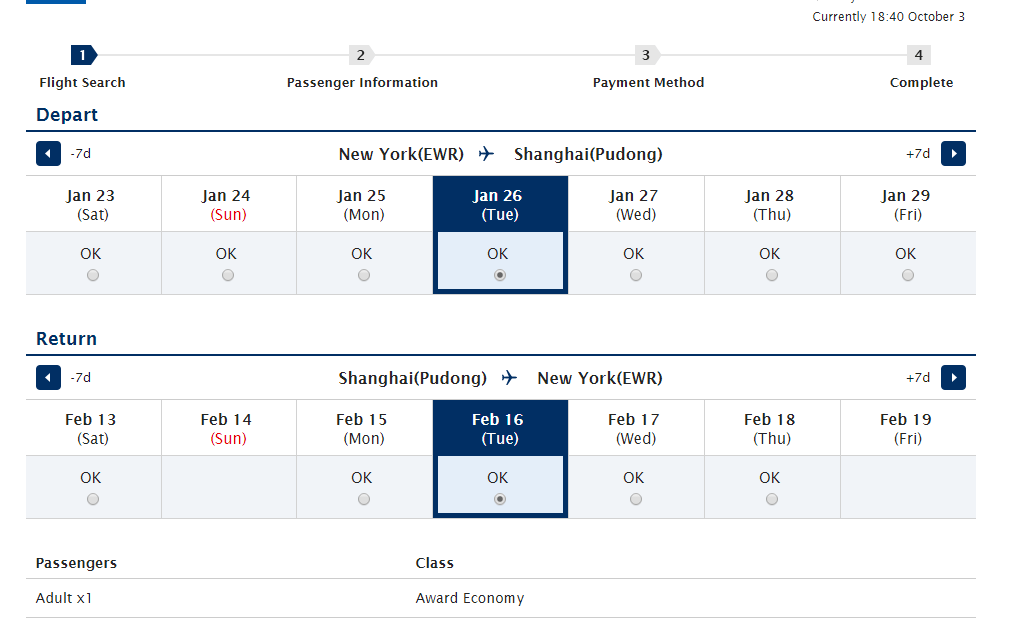 However, the big bug left seems not to be fixed. For example, if your flight departs from Asial Zone 3, flying through Japan Zone1, and arrives at North America Zone 6, the search result on ANA』s official website should be wrong. Because the official website can not control flights crossing Zones, you can only solve it by phone. Let us look at another example, a round-trip flight ticket from Shanghai to New York, which cannot be issued through the Internet due to its flight transfer in Tokyo. But if you only search ANA flights between China and Japan, or choose to transfer flights in Hong Kong to North America, there is nothing for you to worry about (thanks for Tung-Yu』s correction). 3. How is ANA』s Fuel Surcharges (YQ)?

I don』t figure out this problem until now. Though TPG wrote a summary about ANA YQ long before, many changes have occurred to YQ recently. There is one clear point that ANA charges YQ not only to its own flights, but also to flights of TG, LH and SQ.